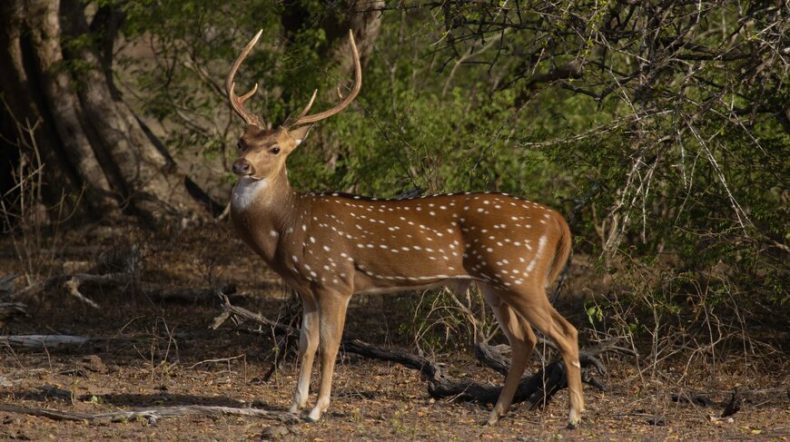 Wondering how to get from Colombo airport to Yala national park? Yala National Park is the second-largest and one of the two oldest national parks in Sri Lanka. In 1900, along with Wilpattu, it was proclaimed as a reserve and status of a National Park was given to Yala in 1938.

Covering almost a thousand square kilometers, it gives a glorious view of the wildlife on this beautiful island.

Yala is surrounded by another six national parks and three wildlife sanctuaries, which makes it a prime destination in Sri Lanka for any wildlife explorer.

Yala is located in a semi-arid region, with an abundance of water after the northeastern monsoon. But during the dry season, the main source of the surface water are streams, reservoirs, water holes, and lagoons.

Some of these waterholes contain water year-round, which makes them perfect habitats for waterbirds and water buffalos.

Yala is home to more than 215 bird species, of these seven are unique for Sri Lanka.

There is over a 90 waterbird species, with half of them being migrating birds. Of waterbirds, some notable species are the lesser whistling duck, black-headed ibis, painted stork, and so on.

Yala National Park is world-famous for the leopards. By some estimates, there is 25-30 individuals roaming the Block I of the park, which makes it a spot with the highest concentration of these majestic animals in the world.

But leopards are not the only mammal species in Yala.

There are 44 more mammal species, of which leopards, Sri Lankan elephants, Sri Lankan sloth bears, and wild water buffalos are threatened species for which Yala is a sanctuary.

This national park is also the home of the fishing cat, golden palm civet, and red slender loris among the other mammalian species.

Traveling from Colombo officially called Bandaranaike International Airport (BIA) is the easiest and most convenient done by a private taxi. T2 Travels Sri Lanka can provide you such travel accommodations and take that burden of organizing transportation off of your chest.

When traveling to Yala National Park your most likely place of stay will be a hotel at Kataragama or Tissamarama, two towns that serve as the base for safaris in Yala.

Whichever of those you choose, you will arrive fresh and rested, ready to embark on the wildlife adventure.

After landing at the BIA your driver and vehicle will be waiting on you, ready to take you to your destination right away.

T2 Travels Sri Lanka will make sure that you are provided with a vehicle appropriate for your needs. With ample room for all the passengers, and proper room for all your luggage.

And if you are traveling with a child, baby or toddler, they will make certain that your private taxi is equipped with a suitable kid or booster seat.

Traveling from Colombo airport to Yala National Park is only partially possible.

Due to a lack of direct train lines, only part of the trip can be covered by train. And to embark on your train trip you first need to get to the Colombo Fort Train Station.

To do so is most convenient by taking 950 meters to walk to the 18th Mile Post bus stop, just across the street from the SriLankan Airlines building.

There you should catch the 265 line bus which runs every 15 or so minutes around the clock.

From there you should continue on your way to Kataragama or Tissamarama by taxi.

Train duration is 7 to 8 hours and train cost is From around €30.

Transfer from Colombo Airport to Yala National Park By Bus

Traveling to the Yala National Park is much easier by bus than by train because there is a direct intercity line from the Colombo Bastian Mawatha Bus Terminal to Kataragama and it passes through Tissamarama.

The first leg of the journey is identical to when traveling by train. From the 18th Mile Post bus stop using the line 265 bus, you will reach the Colombo Central Bus Stand.

Bus duration is 7 to 8 hours and bus price is From around €8.